After telling a friend about this blog, she suggested Chemin Garden in Aylmer as a destination of interest. She should know, she lives there! Fabulous. While setting my coordinates for Chemin Garden I discovered Forêt Boucher just to the north, so I added it to my itinerary. Here’s how it all panned out.

Sunday morning is usually a pretty safe time to venture down streets I would normally avoid, however I can now confirm that Boulevard Alexandre Taché/Chemin d’Aylmer is terrible ALL the time. The little dirt path in the image below on the left is the only safe place for pedestrians and bicyclists alike who make the mistake of venturing along this street. I fortunately survived and was able to to make it to Pont Champlain, where I hopped onto the Voyageurs Pathway (image on the right). Oof!

The rest of Chemin Garden is graced with an interesting mix of small homes generously spaced apart. As my friend explained to me, this is as a result of their sewage being stored in septic tanks and decontaminated through drain fields, which requires the added space. The houses have also been around for a few decades, giving them time to develop and settle into their own personalities. Here are a few that caught my eye. 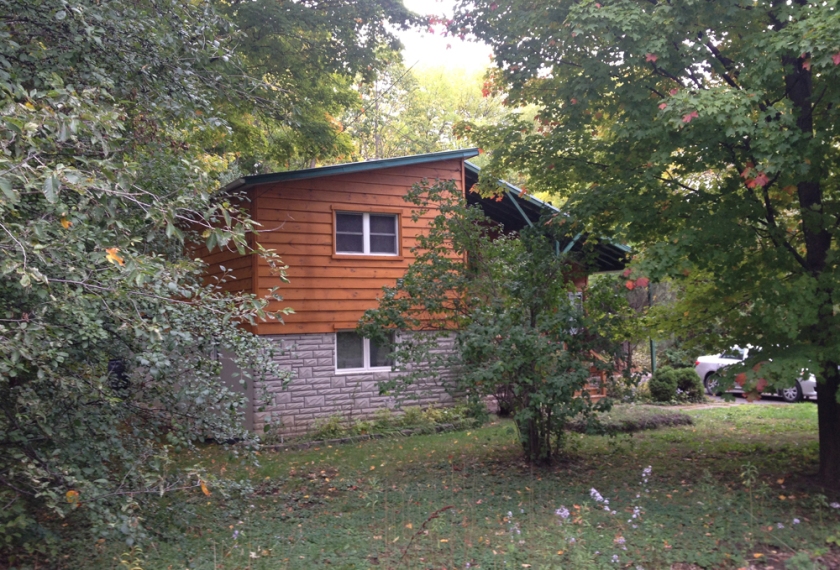 Continuing towards Forêt Boucher I passed these nifty benches outside a public pool. The curved ribs of the fish provide comfy back support. Cleverness all around.

Now let me try to explain biking through Forét Boucher. It is firstly a natural reserve with little way finding or interpretation. So, no trail signs. Bring a GPS. I used my iPhone Location Services a few times. Proceed with extreme caution as the paths are rough and narrow in spots, but the rewards are well worth the effort. Here are a few images to give a taste of what to expect. 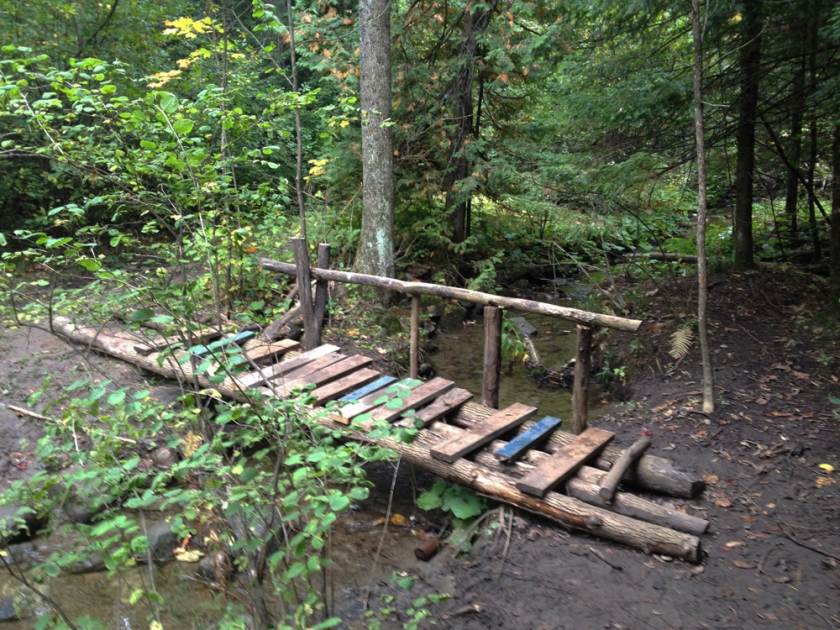 I had hoped to work my way across the forest and wind up at the end of Chemin Antoine Boucher which defines the northern limit of the forest, but I overshot my mark and wound up even further north. I climbed up a ridge and found myself looking over this enormous Lafarge stone quarry.

I followed the trail under the power lines that bordered the edge of the stone pit as far as Chemin Pink. The trails north of Chemin Antoine Boucher are set by ATV’s. I didn’t come across any but I did meet another biker and his dog sporting a small cow bell.

By the time I got to Chemin Pink the drizzle had turned to rain so I bee-lined home along Chemin Pink and down through Gatineau Park. Twas’ a good ride with lots of discoveries.

One thought on “Forêt Boucher Forest, via Chemin Garden”