The recently completed section of bike path along the shoreline of the Ottawa River, just east of the confluence of the Gatineau and Ottawa rivers, allow for spectacular views across the water. Previously this stretch of Rue Jacques-Cartier consisted of two narrow lanes with lots of potholes and speeding traffic, making it a challenge for cyclists to concentrate on anything but survival. Now users of all ages visit and cycle along the shoreline, testament to the huge success of this new bike infrastructure.

The blue line on the following map shows how to get there entirely along bike paths starting from Centretown in Ottawa. The purple line is the new stretch of path along Rue Jacques-Cartier, described in more detail below.

Upon crossing the Gatineau River over the steel truss Lady Aberdeen Bridge, one arrives in the old town of Pointe-Gatineau with the Saint-François-de-Sales church to your right. This is where the new section of path heading east along Rue Jacques-Cartier begins.

The re-design of the shoreline has included gathering nodes for people to pause and take in the scenery. Many of the stops have interpretive panels that describe the history of the area.

The design of the various furnishings appear to have been inspired by the lumber industry so prevalent in Point-Gatineau’s past.

Not only has this new bike infrastructure created a fantastic destination well worth the visit, it also provides an important link to the Route Verte recreational path network that runs across Quebec. It also encourages bike commuting for hundreds of residents living in Pointe-Gatineau and beyond. 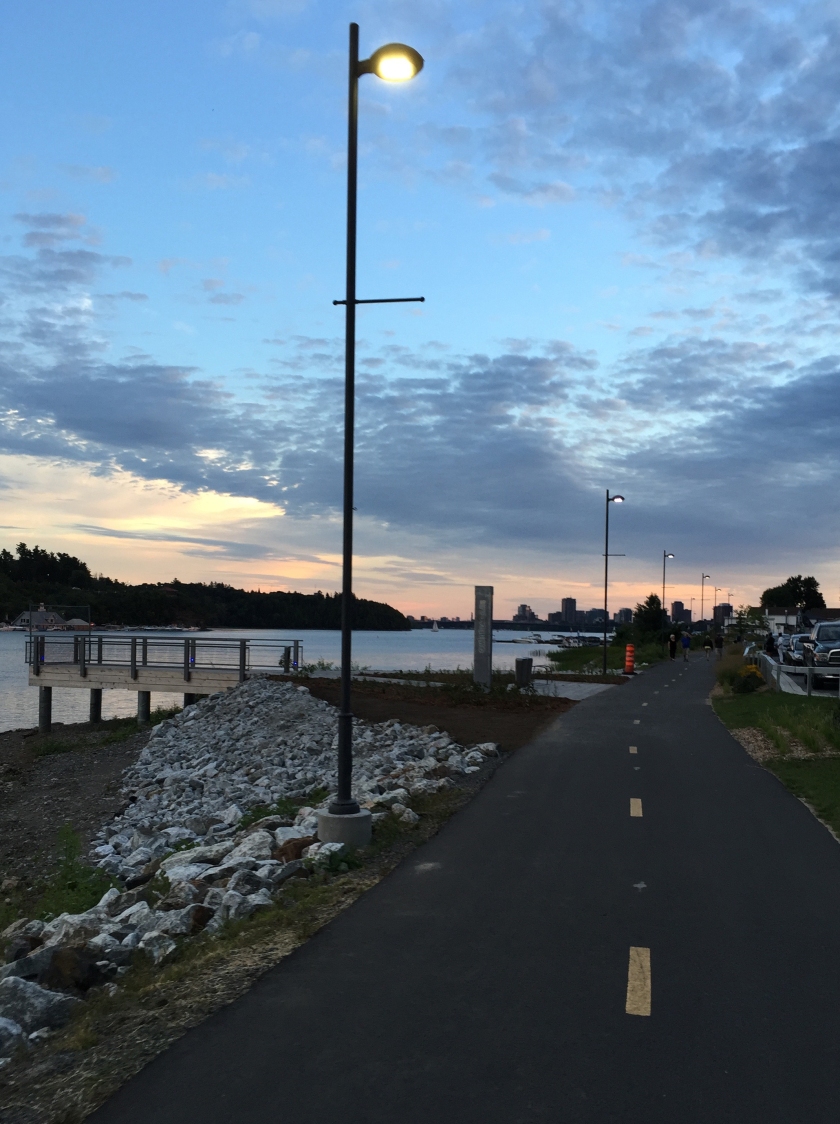