There’s a very welcome north-south path being completed that runs beside the O-train tracks. I had to get to Brewer Arena for my sons game so I decided to test out the new path on the way there. Here’s how:

This is where the new path meets the Ottawa River Pathway, just before the old train bridge across the river.

A bit further on looking north one can see a coming together of three paths for different modes of transportation – train tracks leading to the steel bridge, the parkway overpass, and our brand new bike path. Now that’s progress!

As this next image taken from the path suggests, there is access between City Centre and Somerset St. by gonig under this City Centre concrete ramp.

Then it’s under Somerset.

Just beyond the Queensway the new path joins one that has been there for a long time, and it looks like they are going to leave it in its original crushed gravel form, which would be fine. it’s always been a safe pleasant section of path.

Don’t know if they have any plans on dealing with how the path crosses Carling, but a crosswalk signal would be great.

Along Prince of Wales Drive you can see the man made chasm along which the O-train travels before dipping down under Dow’s Lake.

Here is the path through the Arboretum just off Prince of Wales. The train tracks are now to the left. 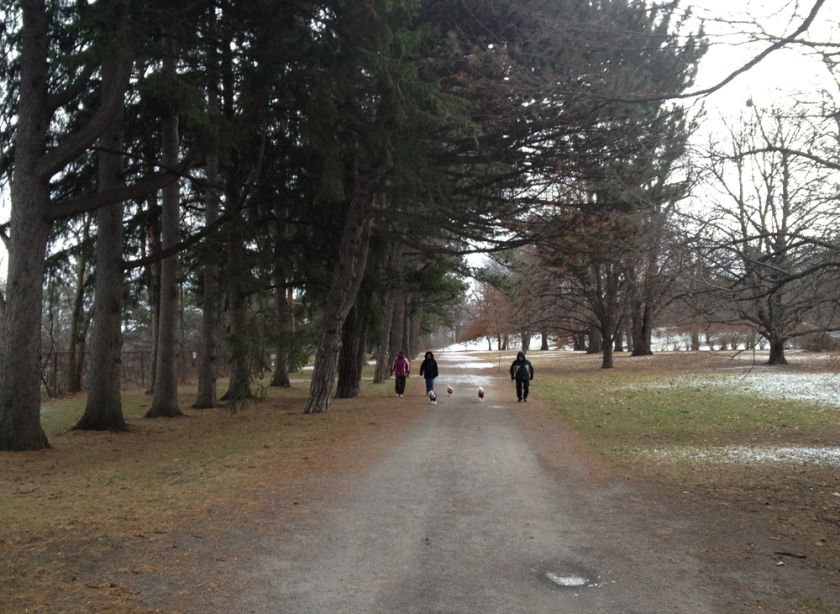 The arboretum looks great any time of the year. This last view is along the stream that feeds into the canal just beyond the small bridge in the distance. 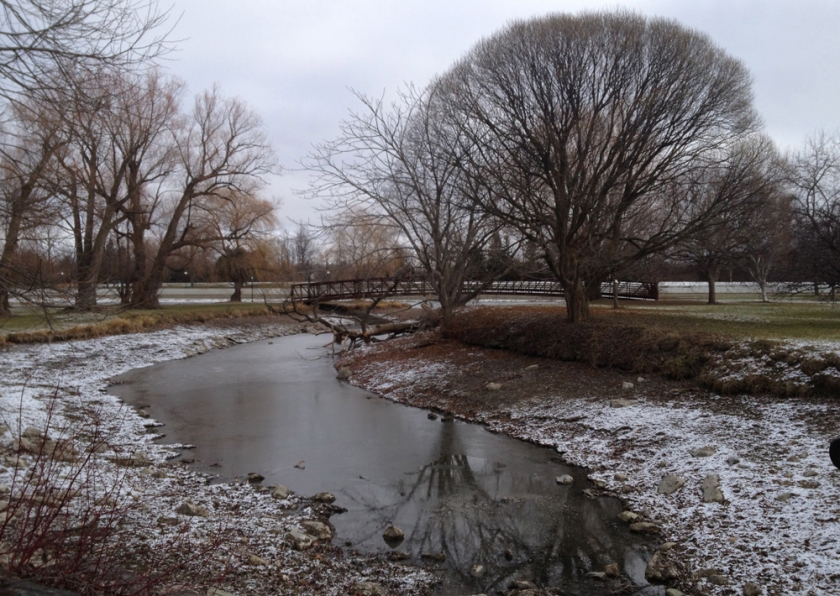 2 thoughts on “To Brewer Park via the new north-south pathway.”